I was in a discussion with Matthew Yun today, and just realized that the current rating system for product review or rating contains so much noise that the 5 stars system is simply ambiguous to help consumer to decide a product. We were specifically taking about Google Play, but it applies generally to most review or rating system.

I’m a big fan of tower defense games but as it can be seen clearly that nine out of the top ten is 4½ stars. Very seldom we’ll come across a 5 stars games or apps, which makes 5 stars prestigious and rare. On the other hand, vote count is also an important value to consider.

If I’m new to any of the games above, and I don’t mind to try any one of them, which one to pick? The one with lots of votes and most amount of stars right? But how to pick when most of them are 4½ star? I dislike the idea of clicking into every game to read the long list of ambiguous features, watch every demo video and browse through the lengthy reviews. Sometime filtering the useless ones. I rather have a friend to recommend some great games they have played or wonderful apps they have used.

The stars help with the decisions, but not as helpful. The main rating focus is the last 2 stars, while the first 3 are practically useless, at least for games. I would only consider a 3 star app of it has specific feature which I want and I don’t mind the other craps. But at the current competitive market, someone else would definitely write another better app which is at least 4 stars to begin with. This has effectively made the 5 star rating becoming a 2 star system, i.e. 0, ½, 1, 1½ and 2. What’s the use of the rating if it can only differentiate between good and lousy games.

How I wish they’re like IMDB where partial stars are indicated which makes differentiating a 4.1 with a 4.9 easier. This got me thinking of improving the star rating system without taking extra space to show the index. My solution is to split the last star to indicate one fifth of the rating.

Now I would know that

by a factor of 4. Now I can start crawling through the details of the former.

UPDATE: Google Play store did have a Average Rating which shows a proper index, but you can only see it on top of the reviews, and not available in Play Store on the phone. 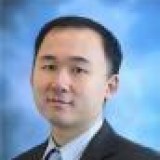 I'm a hardware and software maker/hacker. I enjoy tackling issues, fixing problems, and creating solutions. I don't see a problem that can't be troubleshot and resolved as long as resources allow it.